Sharaz graduated from the University of Essex in 1988 with a first-class honours degree in Electronic Engineering, winning the Hewlett-Packard Research Labs Scholarship. He started his professional career as a research-engineer at Hewlett-Packard’s European Research Labs in the UK. After two
years of further post-graduate engineering studies in France (ESIEE) and Germany (University of Karlsruhe), Sharaz joined the European Patent Office in The Hague, as tri-lingual patent-examiner in the field of computer communications.
Until recently, Sharaz spent five years as head of HTC’s patent litigation and licensing functions for the EMEA region. In this role, he supervised HTC’s European patent litigation, defending HTC against patent infringement actions across the European Union against companies such as IPCom,
Apple and Nokia. As head of licensing, Sharaz negotiated HTC’s essential and non-essential patent licences with all of the major telecoms patent owners, and therefore has a deep understanding of the global patent licensing space. 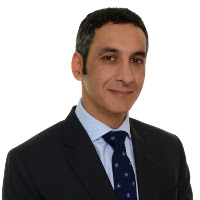