Tom McMasters is a patent lawyer specialising in computing and semiconductor technologies. From 2016 to 2019 he worked at ASML’s Netherlands headquarters as part of the team defending ASML in worldwide patent litigation against one of its chief competitors. Previously, he managed patent litigation for Lenovo, and has also held in-house positions at EMC and Sybase. In private practice McMasters was a partner at Fredrikson & Byron, a Minneapolis law firm with a Chambers-ranked IP practice. He has an MS in computer science and obtained his law degree from the University of Michigan 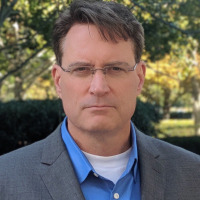